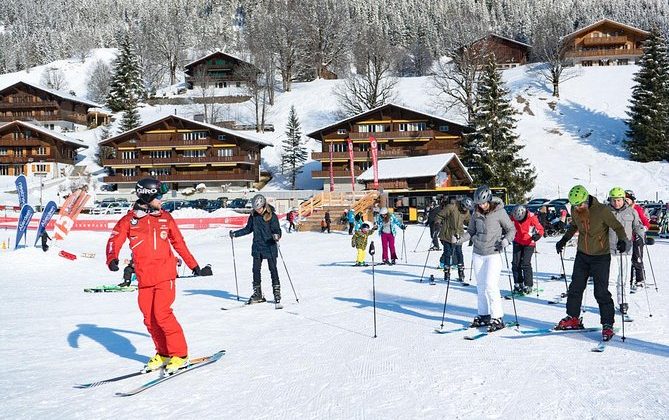 Contrary to popular belief, Australia is not just a hot, dry country. There are numerous locations where you can also find snow on the continent, specifically in the Australian Alps. It often snows during the winter months (from June to September) in certain areas. Also, light snowfall is observed along the coasts of Tasmania and Victoria.

Those who have Australia on their list of countries to visit and weren’t aware that it snows here should definitely bump up this beautiful country and visit ASAP! There is so much to explore or indulge in snow-themed activities such as skiing and snowboarding. Don’t fret if you’re just a beginner; this guide will help you learn all the basics, so get your snowboard ready and read on!

Snowboarding is a winter sport, that is, “skating” on a snowboard, usually attached to the feet of the rider, and manoeuvring snowy slopes. It is an officially recognised sport that is also a part of the Winter Olympics and the Winter Paralympic Games.

Snowboarding is also one of the few sports that can be traced back to its exact origin. Sherman Poppen, an engineer from Michigan, America, invented a slightly rustic form of this modern sport for his two young daughters so he could monitor them better when they skied.

The main piece of equipment is the snowboards, coupled with snowboarding boots and basic winter apparel. And, one of the most important tips for beginners would be to choose well-fitting gear, as this would greatly affect mobility.

Besides, strapping in and out of the boots and snowboard is a very technical and crucial part of this activity. So make sure to watch as many video tutorials on this and be super thorough with prep.

Snowboarding must be learnt in stages. Manoeuvring flat surfaces should be mastered first, and next would be moving on to the more fun yet challenging part – going downhill. Here, you need to become familiar with how to stop, turn and slow down. Getting on and off a chairlift are also important skills to learn. Finally, perfecting your balance to execute scarier manoeuvres and stunts would mark you as a pro in the sport.

Again, snowboarding is a sport that requires an immense amount of practice. Still, the main things to focus on at the beginner level would be balance, proper etiquette, and the basics of navigating snowy terrain on a snowboard.

As with the apparel and equipment side, watching video tutorials to prep and become more familiar with the sport is highly recommended. And there are numerous blogs, YouTubers and other resources on the internet that are easily accessible if you wish to learn about this exhilarating sport.

Other Ways to Get Involved

Snowboarding is quite popular in a competitive sense. And apart from being an officially recognised sport at many Winter tournaments and events, snowboarding also has its own championships. Needless to say, these championships attract some of the most daring and confident participants, predominantly from snowy countries such as Norway, Austria, the US etc.

Some of the best snowboarders in the world that you could follow are Shaun White (USA), Anna Gasser (Austria), Torah Bright, and the most successful Winter Olympian as well as the youngest ever Winter Olympics Snowboarding gold medalist – Chloe Kim, who set the record at just 17 years old.