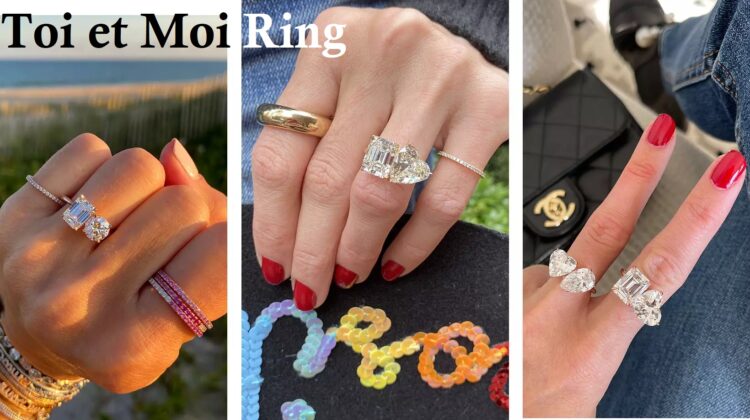 Toi et Moi Ring, also called a “You and Me ring”, is a ring that has two similar elements joined together, the ring forming an elegant S. These elements can be precious stones: rubies, amethysts, emeralds, or diamonds as was the norm when they were created around 1880. It can also simply be a pattern made in gold or silver as we see a lot of it in the Gemistone Jewelers store collection.

The precious elements present on each side are generally identical but it is also possible that they differ in size or shape.

What is a Toi et Moi ring? 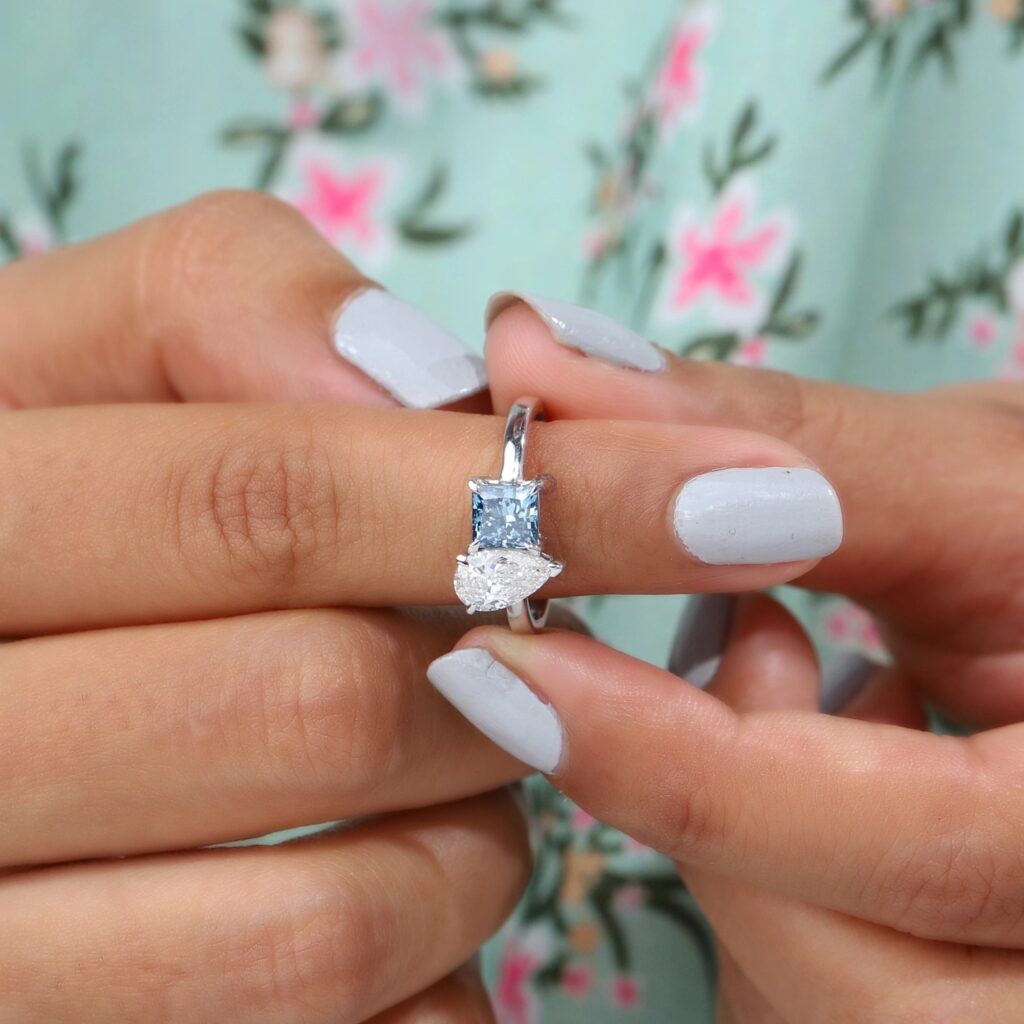 There are many types of possible rings. Some are more or less recommended to be offered on special occasions, such as a marriage proposal for example. This is also the case of the Toi et Moi ring meaning, which by its appearance and its duo of precious stones. It represents two loved ones embracing each other.

Based on the principle that it symbolizes two people who love each other. The you and me tow stone ring is often offered on Valentine’s Day, for a marriage proposal, or even for a wedding anniversary.

What Does the Toi et Moi Ring Represent?

As said before, you and me ring is a ring with two precious stones of the same size which symbolize two beings in love and inseparable. The representation of a couple by the two stones makes it a perfect ring for wedding anniversary gifts or even proposing.

The particularity of the Toi et Moi rings lies mainly in their two precious stones. Which are of identical size and shape, except for one detail. Indeed, to be able to perfectly symbolize the couple, the two precious stones are different in their materials. Generally, two stone rings are composed mainly of a diamond and another precious stone which can be emerald, ruby ​​, or sapphire.

You should know that at the end of the 19th century, two stone rings were very common. They were particularly offered as an engagement ring due to the symbolic meaning of the two precious stones. It is moreover a Toi et Moi ring that Napoleon de Bonaparte offered to his fiancée Joséphine de Beauharnais. A ring which is very famous today for its price but also for its quality as a jewel set with a diamond and a sapphire.

There are Two Main Types of Toi et Moi Rings

There are mostly two types of Toi et Moi rings. First of all, the older version is a simple ring closed and surmounted by two precious stones. Which can either be side by side or intertwined. Then there are more modern versions of Toi et moi engagement ring. Where the ring is not closed and it is the rings at the ends of the ring that give the round shape to the ring.

Obviously, the shape of the precious stones varies from one creation to another. Generally, the two stones are the same size but it is possible that on certain you and me ring. One of the two stones is slightly larger than the other. In terms of shape, the two stones that symbolize lovers have the same. The stones can then be round or pear-shaped, each in the opposite direction to the other stone so that they fit together perfectly. There are designs of you and me ring as varied and original as those of other rings. However, we can distinguish differences in realization depending on whether the ring is really closed or not, which we will call open or closed  Toi et moi ring. The you and me closed ring is a classic ring with two stones, symbols or Swarovski crystal to symbolize the union. This is a ring that has been truly appreciated since 1880.

Very elegant, this Toi et Moi ring are resolutely fashionable at the moment and it offers the advantage of being able to be adjusted without having to go to a jeweler (for reasonable values ​​of course). Because the fact of not having a real ring as for a classic ring allows you to adjust it by playing slightly on the flexibility of the precious metal. An operation that is all the more simple and easy if it is in silver, a very malleable precious metal.

So it’s a ring that can be easily lent, given or you can change the finger which is very advantageous for a ring. It’s slightly more spread out distribution than a classic ring also makes it more pleasant to wear.

Symbol of union, the ideal Gift Between a Man and a Woman.

The Toi et moi ring symbolizes the union between two beings. Which is why it is very common in an engagement ring, a little less in an alliance. However, its superb aesthetic does not reserve it only for these uses and many women wear it out of simple aesthetic desire.

The symbol of the union is still very practical for men who wish to make a present to a woman, beautiful, elegant, and symbolic. The Toi et moi engagement ring are often much appreciated.

Toi et Moi Ring is so called because the ring is set with not one, but two stones. They are suppose to represents the man and the woman and thus generally have the same size. The stones can take different shapes, with a pear, round, or heart cut. Perfectly able to serve as an engagement ring like that of Joséphine de Beauharnais, this ring materializes the solidarity of the spouses. And will thus make a perfect gift for a wedding anniversary or Valentine’s Day.

What is the best time to offer a Toi et Moi Ring?

What better time than Valentine’s Day or a wedding anniversary to offer a ring that symbolizes the loving union of two people?

Or maybe your personal history has a very special date that only you two know? It’s up to you to answer these questions. One of the most famous wearers of an engagement ring with two large stones is the top model Replica of Emily Ratajkowski. She has been wearing this proudly and of course regularly on her left ring finger since 2018. This ring is crafted with 2 carats Princess Cut and 2 carat Pear Cut, Diamond. Also called as, Pear and Princess Toi et Moi Diamond Ring.

But she’s not the only one! For example, influencer Arielle Charnas has a very similar engagement ring with two sparkling diamonds, which you can see here on Instagram. And there is even a historic engagement ring with two precious stones: that of Napoleon Bonaparte and his beloved Joséphine. That’s why rings with double stones have the French name “Toi et Moi”, in German: “You and I.” aww! Also, we have Kylie Jenner and her daughter Stormi’s matching ring, Ariana Grande’s Diamond, and Pearl Engagement Ring.

Many people are always looking for a way to make their engagement rings unique and different from those of their friends. The Toi et Moi style meets this demand perfectly.

What is very interesting with the two-stone style is that each pair can be unique and special for each person.

A Toi et Moi Diamond Ring is therefore a very versatile style of ring. That allows designers to get creative and customize the ring to suit the couple perfectly. It is therefore clearly a type of ring to consider as an engagement ring or promise rings.