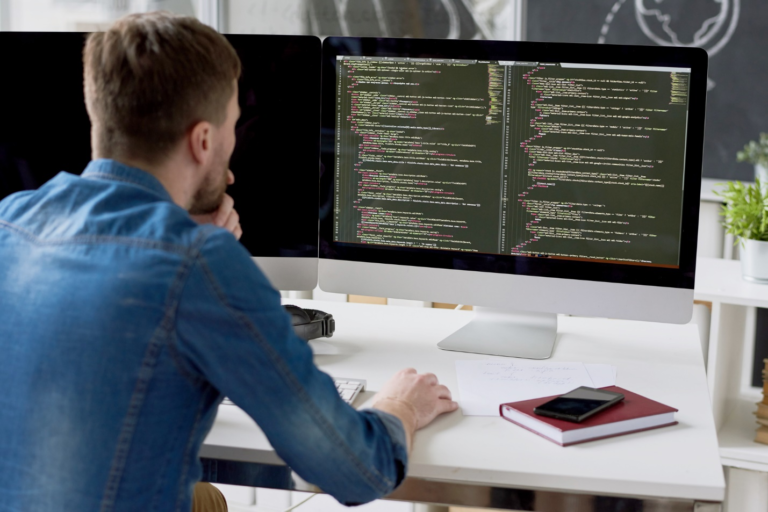 C Sharp, or C# as it’s commonly shortened to, has been around since 2002, and for good reason. This nearly 20-year-old programming language has been a game-changer ever since it hit the scene in the early aughts.

However, novice programmers are often unfamiliar with not only what C Sharp is, but what it does. So what is C Sharp? And how can you maximize its usage in 2021?

That’s what we’re here to answer today. Read on to find out more about what C Sharp is and how you can use it.

What Is C Sharp?

So what is C Sharp?

C Sharp is one of the essential general-purpose computer languages used in computer programming today used primarily for developing apps on the Microsoft platform. It’s often abbreviated to C# (similar to the musical note).

It requires a .NET framework on Windows to work. Most see it as a hybrid of two other computer languages, C and C++, creating a cohesive blend between the two.

C Sharp is easily the most popular language on the .NET framework. It’s popular among developers creating games and desktop applications on Windows.

The Layers of C Sharp

C Sharp’s popularity owes itself to its versatility. It’s packed with features that make it easy to pick up but certainly aren’t lacking in complexity.

Many of its most complicated tasks are abstracted away so that the programmer won’t have to stress over them. For example, memory management is removed from the user’s hands to make things simpler.

C Sharp is also statistically typed, meaning code is usually checked before it’s launched to an app. This lets programmers check for errors easily when they’re doing their last pass.

You can also view your data easily with C Sharp. In fact, you can convert a C# datatable to Excel with just a few steps.

Learning C Sharp definitely won’t be a breeze, and some might be discouraged with how much code they have to learn before developing an app. However, it’s a worthwhile skill that’s actually in high demand.

Games that use the Unity Engine often require developers with C Sharp knowledge. Thousands of games each year have Unity as the main engine, making C# a marketable skill.

This doesn’t include the plethora of games on the market that currently use Unity. These games need constant updating and patches, something that C Sharp is required for.

There’s also a large demand for Windows desktop applications, something that C Sharp developers are perfect for. Because of Unity’s popularity for virtual reality apps, C Sharp is often used in those fields as well.

Computer programming job markets are always growing, and the market of C Sharp will remain on the up so long as people need apps and games developed.

Programmers have used C Sharp to develop apps for nearly twenty years for a reason. Use this guide to help you answer the question “what is C Sharp” and whether it’s something you want to add to your arsenal.

For more informative articles on technology and business, check out the rest of our site!

Read more: An Ultimate Guide To Dental Knives & Its Types For Oral Surgeries

How to Choose a Highest-Profit Slot Machine: Top 4 Tips for Novices

Secrets from Pro Gamblers: How to Find the Best Slots

RTP and Volatility: What Does That Mean?

Top 5 Tested Ethereum Games Worth Spending Your Time On