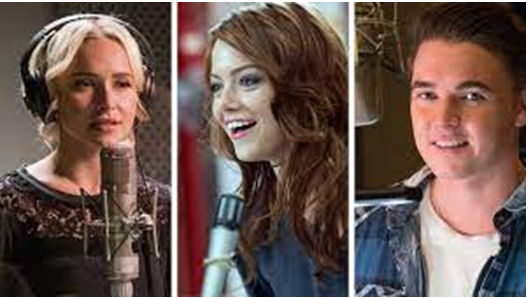 Video games have been an active part of pop culture since the early 70s. With the entrance of Pong into the scene in ‘72, immense crowds gathered at arcades. This opened the door for the lucrative home console and PC gaming markets; in time, the simplistic games of yore gave way to open-ended, narrative-led experiences that rival any other medium. When improving technology opened the door for video game voice acting, gamers marveled.

The previously mute games suddenly exploded into a flurry of characters and performances that breathed life into the medium. Sure, no one seemed to care that the first years of video game voice acting were a little wonky. It took a while for people to get a hang of it, and for video game developers to actually know their stuff.

After the initial growing pains, good voice acting started to become more common in the industry. That’s why today there’s a higher standard than ever. Gamers of all stripes have become more discerning and they have a better ear for quality.

But apart from the hellish soundscapes of earlier games, what is there to know about the video game voice acting profession?

When it comes to finding a career path as a voice actor, not many industries are as inviting as the video game voice-over industry. From video game voice acting for lead characters, NPCs, or even monsters and enemies, there are voices needed in just about every area of each video game released, so it’s a fantastic place to get your foot in the door.

Due to these inviting benefits of voice acting within the video game industry, we are always getting questions about the topic. We have decided to break down the five most commonly asked questions when it comes to how to audition for video game voice over jobs – here are the questions and answers from our colleague who deals with auditions for video games on a daily basis.

Question 1: What are castings directors looking for in an actor’s performance?

This is a great question that I receive from many voice actors looking to break into the video game industry, but the answer varies from game to game. As a general rule, casting directors are nearly always looking for a realistic and serious performance.

Big game designers have the same – if not bigger – budget as a blockbuster movie and will take the voice acting as seriously as any film director will. For smaller games, the voice acting is a huge part of the budget and they are going to want someone versatile and professional. You should do some voice acting exercises to improve your voice acting skill.

Question 2: How the auditions should be delivered?

Should they be recorded on the phone or in-home studios? Should they be cleaned & edited? Casting directors are looking for video game voice actors and not audio engineers, so in most cases phone recording sessions are fine. However, if you have easy access to your home setup and recording software, then it certainly won’t hurt to record it there.

Unless otherwise specified, files should be delivered in mp3 format. The client will usually tell you in the brief how they want files delivered, but in general, my advice is as follows:

Don’t slate unless asked to.

If you are asked to record a scene, don’t record (or have a friend record) the other lines. Just record your lines with a short pause in between.

When recording multiple lines, don’t record the same line in three different ways, as it’s difficult to get a feel for performance and character when listening to someone repeat the same line with different emphasis/accents.

It won’t hurt to clean and edit the file – they aren’t expecting it to be professional quality but it’s nicer to have a file without long pauses or unwanted noises.

I hope these tips helped you! However, the most important thing to remember is to re-read the instructions and follow them to the letter. These instructions are always provided for a reason!

Question 3: Do I need to play/understand games and gaming terms?

This is yet another common question – Both for male voice actors and female voice actors, you definitely don’t need to be a gamer to be a voice actor for video games, but you do need to go into it willing to do some research.

If you don’t play games yourself, don’t panic. There are tons of ways that you can do research – simply look up some gameplay footage of popular games on YouTube and get a feel for the type of voice that will be expected.

It’s also worth looking up any terms you don’t understand because those terms usually mean something specific and indicate the size/style of the role. Here are the game development terms that seem to trip non-gamers up the most:

This is essentially the main video game character that the person playing is inhabiting. These are the characters the player will spend the most time with and you should approach these like you’d approach a lead role in anything.

NPCs or ‘Non-Player Characters’ are characters that the player can talk to and interact with (such as shopkeepers, or quest givers). They are usually smaller, limited roles designed to give specific information.

Following companions are characters that assist the player. The player can interact with them, but they are controlled by the game itself. Their level of personality/complexity varies but they often require a sizeable amount of responses/dialogue as they are frequently interacting with the player. These are usually larger roles and require a lot more character voices.

DLC is additional content for an already released game so that players can enjoy new content. It will indicate that the game is already released and it’s worth doing some research to try and find out more. You can listen to the performances on the original game, which will give a great indication of what they are looking for from you!

We really hope that we have answered at least a few of your questions regarding voice acting within the video game niche! Undeniably, it is a competitive industry and therefore getting your foot in the door may be difficult, but the industry is only going upwards.