How to View 8mm Film Without a Projector 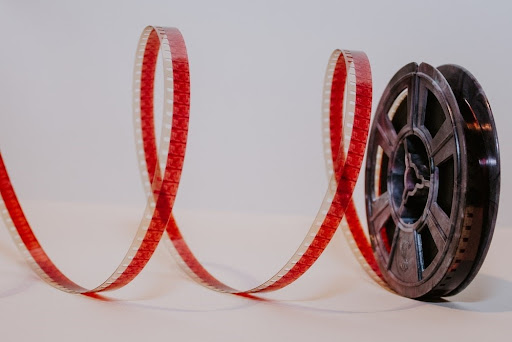 Just because you don’t have a projector for your 8mm film, that doesn’t mean you can’t view it. While converting 8mm film to digital is one of these ways, two other methods can be used to view your 8mm film. So let’s get into it!

1.Use a Magnifying Glass and a Light Source

If you’re looking for a method of viewing 8mm film that is practical but not precise, you can make use of a simple magnifying glass and light source. The most basic way of doing this is to hold the 8mm film in front of an artificial light source or a well-lit window. Then you can use the magnifying glass to view the individual frames of your 8mm film reel.

You can achieve the same results using a light table and a loupe if you have the equipment on hand. While this will allow you to look over the individual frames, most people who don’t have an 8mm film projector do not have a light table.

Regardless of which of the above two methods you choose, you will need to ensure that you keep the film protected while using it. If not, the 8mm film you are viewing could become scratched and damaged. The best practice while viewing 8mm without projector equipment is to use cotton or powderless nitrite gloves.

Using the kinds of gloves made for handling film stock keeps the oil on your fingers, which could be damaging if transferred onto the reel, away from the 8mm film.

2.Use a Digital Film Scanner

Let’s say you want to go about converting your 8mm film to a digital format. Using a digital film scanner to convert 8mm to digital will certainly make viewing your 8mm film easier and more practical. However, the scanner itself usually costs around $150 and goes up depending on image quality.

While the exact process of digitization tends to differ from scanner to scanner, the result is pretty much the same as what you end up with is a digital copy of your film reel in the form of a video file.

The above two methods for viewing 8mm film without a projector might be entirely different, but they are both DIY, meaning you can do them yourself. However, if you would like to take a hands-off approach to convert 8mm film to digital, you can hand your 8mm film over to a professional digitization service.

These professionals know how to carefully handle old film stock and convert it into a digital video that you can view at any time on a regular DVD player or personal computer.

Pricing for professional digitization of 8mm film stock tends to vary by some amount from one digitization service to the next. Regardless of the service, you choose, however, you should be expecting to pay anywhere between $0.25 and $0.50 per foot of film stock.

Moreover, the process of converting 8mm to digital through professional service is straightforward. All you have to do is fill out a form, mail them your 8mm film stock, and wait to receive a digital copy of the film in your mail.

Although the same process might take relatively longer depending on the service you choose, most professional digitization services offer their customers digital downloads, allowing you to access the video files as soon as they are scanned.

You will be surprised to find out that many people still use or hold on to 8mm film stocks today. Although it is not as common as digital videography, 8mm film has a certain charm that many filmmakers and collectors like to hold on to.

The three methods outlined above can be used by anyone to convert 8mm film to digital formats. By using any of these methods, you too can start viewing 8mm film without a projector. However, if you want to cherish the video on your 8mm film for as long as possible, we recommend that you use a professional digitization service

Read More: Types and Golf Course Mowers and How to Select Them