Do You Have These Valuable Collectibles In Your Home? 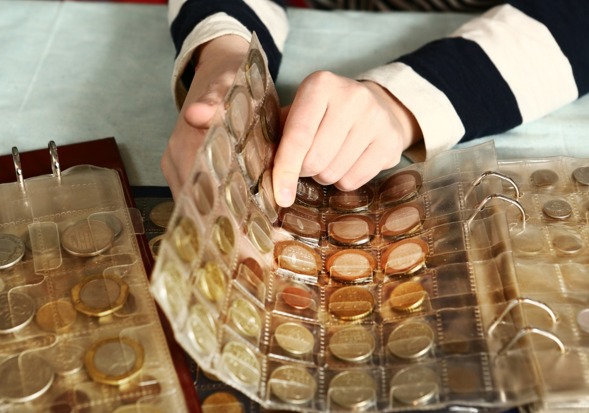 No one looks forward to cleaning out closets and attics. The dust, old mothball smell, and piles of old junk are enough for us to keep putting it off until tomorrow but there could be valuable collectibles hidden amongst that junk.

For example, a North Carolina man found an old lunch box passed down from his great uncle. Inside was a baseball card for 1910s player Shoeless Joe Jackson, which went on to sell for $492,000 at auction.

So while most of us aren’t going to find a copy of Action Comics #1 packed up with the old Christmas lights, it could be worth your while to look for these valuable items in your home.

While the most valuable examples are usually rare prototypes with only a few units ever made, you might still find some gems up in your attic. G1 Transformer figures, rare Barbies, and Star Wars figures tend to be the most common scores.

While film cameras have largely gone the way of the dodo, you might want to hold off on tossing out grandpa’s valuable old cameras.

While your VHS camcorder and old point-and-clicks are unlikely to demand much of bounty, certain rare and vintage models can fetch a handsome price. Even old Polaroid cameras can be worth some change thanks to notalgia pumping up their value.

Believe it or not, stamp collectors still exist. And if you happened to come into a family member’s old collection, you could be sitting on a goldmine.

Stamps come in all values, from these valuable collectible stamps to rare specimens from generations ago. Even if you just have an antique desk you were looking to sell off, it’s worth your time to double-check the drawers for any old, unused stamps that may have been tucked away there and forgotten.

When vinyl records first started making a comeback, the trend was written off as another nostalgia-powered fad. But it’s been about 15 years since the vinyl revival, so it looks like they’re here.

And while part of that popularity stems from audiophiles swearing that they’re the only way to listen to music, the collector’s market is doing its part to help keep the format alive.

Albums like the Beatles’ Yesterday and Today with the infamous recalled “butcher cover” or Hendrix’s Electric Ladyland with the “nude cover” are common enough that you might have one tucked away somewhere, but still scarce enough that they command a respectable price.

You Could Have Valuable Collectibles Right Under Your Nose

They say that value is in the eye of the beholder, and that certainly holds true of these valuable collectibles. While you might not think much of the junk that’s been cluttering up the basement, serious collectors might feel differently if it meets the right criteria of condition, scarcity, and desirability.

And if nothing else, your treasure hunt is an excuse to finally clear out those cluttered corners of your home. For tips on how to finish up that cleaning job and make full use of that new space, be sure to check out our articles on cleaning and home improvement.

What are the Best Courses to Study in Australia in 2023?