Transfer Film to Digital: The 35mm Film in Focus 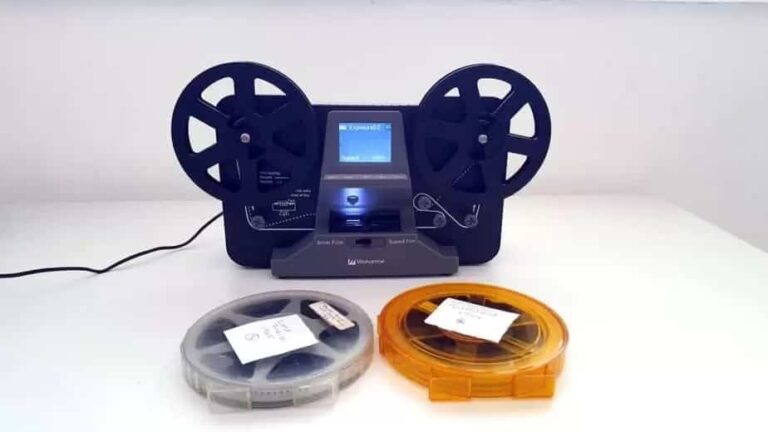 Are you a film enthusiast that has a collection of 35mm film or do you have old 35mm reels collecting dust in your attic from old family movies? If so, you may be wondering about ensuring that what is on these reels stays in good condition for the future.

Converting your 35mm reels to digital can ensure you always have access to these old movies. But what are the benefits of converting your film to digital format, and how does the process work?

Let’s take a look into the world of 35mm film and how film transfer to digital can be a big benefit.

35mm film is a motion picture film measuring 35 millimeters in width. It is made up of a transparent celluloid base coated with a light-sensitive emulsion, which captures the image when exposed to light through a camera lens.

35mm film was commonly used for both still photography and motion pictures starting in the early 1900s, and it is considered a standard film format.

Why Should You Convert a 35mm Film to Digital Format?

There are a few reasons why you might consider converting your 35mm film to digital format.

One reason is for ease of access and sharing. Digital files can be easily stored on a computer or external hard drive and shared through email or social media, whereas physical film reels may be more challenging to access and share.

Additionally, converting film to digital format can help preserve the integrity of the footage, as the physical film is prone to deterioration over time. Digital files, however, can be easily backed up and duplicated to ensure they are recovered and protected.

How Does the Conversion Work?

There are different methods for converting 35mm film to digital format.

Another method is to use a telecine machine, which projects the film onto a screen and captures the image with a high-definition video camera. This method requires specialized equipment and expertise, and the resulting digital files may need to be edited and color corrected for optimal quality.

One popular option for film transfer is by using a film-to-digital conversion service. All it requires you to do is send your films to the service, and they take care of all the conversion for you. You can select the format you want the films transferred into and send it back to you.

How Does 35mm Film Differ From 16mm Film

16mm film is narrower and has a lower resolution than 35mm film, but it is also cheaper and easier to use in some cases.

Your 35mm film is a widely used medium for capturing motion pictures and still photographs. Many film buffs still prefer to watch movies in 35mm film instead of digital.

But Converting it to a digital format can provide several benefits, as discussed above. Whether you want to keep your 35 mm film after, converting it over provides peace of mind that your old films or home movies will have a life well after the original is long gone.