The most searched cosmetic surgery on Google 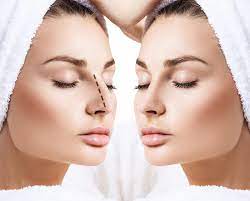 With the cosmetic and cosmetic surgery industry worth more than £ 41 billion by 2027, the new report ‘Surgeries in searches’ from personal finance experts at money.co.uk reveals which procedures are the most searched terms and are popular on Google.

The cosmetic industry in the UK has grown significantly in recent years. In 2019 alone, nearly 27,000 procedures were performed in the UK, and many patients choose to finance their surgeries with credit.

However, before making the decision to pay for the surgery, those considering a procedure are likely to go online to do some homework.

To find out which surgical and non-surgical cosmetic procedures are attracting the most interest, money.co.uk used information from Google to reveal the most searched procedures in the UK and Europe in the last 12 months.

The most wanted cosmetic surgeries:

Looking at Europe as a whole, ‘rhinoplasty’ related queries were the most popular, with 34,410 unique searches in the last year. ‘Boob job’ is the second most searched with 28,690 searches followed by ‘penis enlargement’ with over 24,000, where many of the searches were from the UK, Germany, Italy and the Netherlands. Large number of people have intentions to visit Turkey for their cosmetic surgeries, especially boob jobs, penis enlargement surgery and nose job in Turkey.

In addition to invasive surgical procedures, money.co.uk also looked at search volumes for non-invasive treatments, which happen to be more popular when it comes to online searches.

When comparing invasive and non-invasive procedures, ‘microdermabrasion’ is the most sought-after procedure overall, followed by ‘hyaluronic acid’ treatments and ‘lip fillers’.

A snapshot of the UK

Of all the countries surveyed, the UK has the highest volume of search for cosmetic and non-invasive treatments. Interestingly, ‘penis enlargement’ has the same search volume as breast surgery, suggesting that men across the UK are just as keen on enhancing their bodies as women. They are willing to travel to Turkey and other countries for these cosmetic surgeries. People from the UK often visit Turkey for these treatments as Turkey has experienced staff for this and performs these surgeries successfully.

The most expensive countries to undergo cosmetic surgery

For cosmetic surgery, the most expensive country is Switzerland. The UK comes after Switzerland and is at number 2.

By exploring the prices of the five most sought after surgical procedures, it is revealed that the average cost of rhinoplasty in Switzerland is £4,994, almost double the average price of the same procedure in Austria.

In the UK, the average cost of breast enhancement is £4,296, much cheaper than in Switzerland, where you can expect to pay around £ 6,976. Similarly, for Nose job, the treatment is even cheaper in Turkey and costs £ 2200 to £ 3500 and it’s much cheaper than the treatment in the UK and in some other countries. That’s why people have intentions to travel to Turkey for their cosmetic treatment.