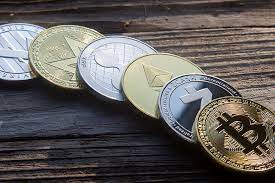 Digitalization of our world brings lots of benefits as well as lots of negative options. Cryptocurrencies aren’t new but according to the policy of many countries, using them does not have a positive effect on the economy. The exchange rate dynamics are not that stable, so you can’t predict your future with investments in crypto.  It is similar to the best online casinos Ireland where you never know about your luck.

So happened to Novi. Novi, the Meta Platforms crypto pilot project, is officially shutting down. From September 1 this year, customers of the service will not be able to log into their accounts, and will also lose access to this information.

This was reported on the official website of the project. From September 1, all Novi platforms are closed, including the application and the WhatsApp account of the project. Since July 21, customers will not be able to replenish their accounts.

The money remaining in user accounts after September 1, the company will try to transfer to bank accounts and cards linked to accounts.

According to Bloomberg, according to an email from the company, Meta does not consider Novi a failed project. The blockchain technologies used in the development of the crypto wallet are planned to be used in the metaverse.

Meta launched the Novi crypto wallet for fast and free transactions last October. Initially, the project was supposed to function on the basis of Diem, the company’s own cryptocurrency. However, due to pressure from American regulators, this idea was abandoned.

The IT giant was forced to cooperate with the Coinbase crypto platform and use the Paxos stablecoin. Earlier this year, the Diem project was sold to Silvergate for $182 million.

Cryptocurrency has its pluses but also minuses. In order to be able to use the cryptocurrency daily and be able to pay for your normal products with it, there should be more than just a crypto wallet. The economy should be able to work with it as with normal currency. For now, it is impossible, though not everywhere. China has its own crypto and controls it as a normal currency. But China is already in the 22nd century. Keep in touch and hope you didn’t lose anything because of crypto trading!

Benefits of Target Audience- How It Grows Your Business

Business Definitions to Get You Started

How to Create a Pie Chart in Excel