Twitter is a social networking site, and comes with a different way of use other than the networking sites. Twitter has reached a large number of users, which is known to all of us. However, unlike in Instagram or Facebook, we post our photos related to our daily whereabouts; we can instead say Twitter is a platform for more interaction, where we can express and establish our … END_OF_DOCUMENT_TOKEN_TO_BE_REPLACED 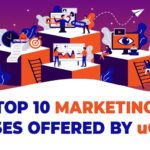 Are you a business owner who is failing to meet your objectives or a marketing professional attempting to wow your boss by attracting more customers? Take advantage of the various online courses to brush up on your digital marketing skills. You can use your marketing knowledge in the future to help your company grow. uCertify has upgraded its marketing courses to provide … END_OF_DOCUMENT_TOKEN_TO_BE_REPLACED