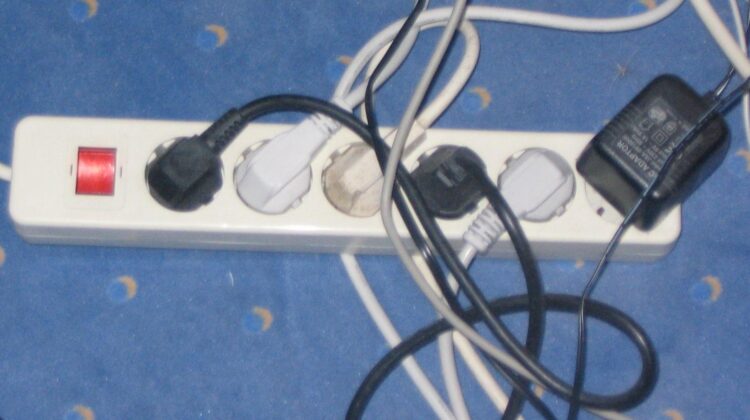 A surge protector is a device plugged into an outlet and helped protect electrical appliances from being damaged by a surge of power.

You can plug multiple items into surge protectors since they have more than one line and at least two outlets. The number of lines and sockets varies from surge protector to surge protector.The surge protectors cord can reach an outlet in another room, and where it is plugged in, so it’s not just restricted to where it’s plugged in. If a surge protector’s indicator light goes on, you will know if something has happened to your wiring or appliances without going around inspecting each one individually.

A power strip is an extension cord with multiple outlets that can plug in multiple electrical devices without taking up much wall or floor space. You can use them for many purposes, but keep in mind that they are not safe for use as a surge protector.

To ensure that all of your plugs work, it would be best if you were plugged in near an electrical outlet. Due to the short cord, it does not work with extension cords.

Having a whole house surge breaker installed in your main electrical panel is a better alternative, as it protects all of your circuits from sudden surges of electricity.

There is a difference between the two in terms of functionality. However, power strips provide additional outlets on top of the surge protector, protecting your electrical and electronic devices against possible voltage spikes. Learn more about the importance of a whole house surge protector and why it’s essential to have one in our guide.

Although the two devices might look similar, you’ll be able to tell the difference just by looking at the packaging. Surge protectors are rated in joules, which is a unit of measurement. Surges can damage your appliances severely, and surge protectors absorb the surge, but they can only take in a limited amount of joules. The protection rating indicates how long your appliances will remain safe.

A surge suppressor that displays 2000 joules on its label can take that amount of energy, which could be delivered in one 2000 joules hit or in ten or 15 lower surges.

On the other hand, power strips have the same appearance as surge protectors but plug into a wall outlet and provide outlets for multiple devices. They do not offer any protection whatsoever.

If you have multiple electronics close to each other, power strips are an excellent option. There are usually only two sockets per outlet in residential areas, which is usually insufficient. Adding an extra strip can make things much more manageable.

These strips provide several outlets, a circuit breaker, and an on/off switch, so they are an excellent choice for anyone looking to conserve energy. There are some power strips. However, that does not come with a built-in surge protector. Appliances are therefore left vulnerable.

Having multiple appliances nearby makes surge protectors and power strip ideal options. Surge protectors, however, protect your home from voltage surges by housing your phone, TV, or computer cords while protecting from surges.

Power strips are relatively affordable when it comes to price. You can buy them for less than $20. In other words, if you are looking for additional electrical sockets, this is an appropriate option.

And surge protectors aren’t expensive either. If you are looking for a way to protect your devices, they are the right choice. The price range is more comprehensive as far as surge suppressors are concerned. There are some products on the market for less than $20, but there are also more expensive options that offer more protection.

There may be a need for commercial surge protectors for large operations with major appliances. It may be more expensive, but they are better suited to protecting your electronics in case of power spikes. Even though you may be looking at a higher investment, remember that it is still less than what you may have to spend on replacing your electronics if power spikes damage them.

Which Is Better, A Surge Protector or A Power Strip?

Power strips and surge protectors supply power to electronic devices, but they differ in meaningful ways. A power strip lets you connect several devices to one outlet simultaneously.

Apart from this, if you are interested to know about bad coil pack symptoms then visit our Tech category.

Is it better to get a surge protector or a power strip?

A surge protector is the best option if you have sensitive devices that need protection from power spikes. With a power strip, you can quickly turn on and off multiple devices from one outlet and add devices at a low cost.

How does a surge protector differ from a power strip?

Using a power strip, you can plug in multiple devices simultaneously. Unlike a strip, a Surge Protector supports not only multiple sockets but also prevents dangerous surges, spikes, and bursts of high voltage.