Reasons Why Self-Driving Trucks Will Revolutionize The Industry 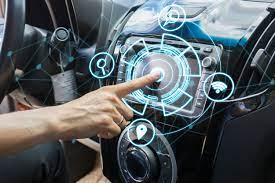 If we were to automate a truck, it should be much easier to operate on straight motorways with few obstacles. The key challenge is deciding where to deploy the computer system and how much automation is needed. A new system, called platooning, is being tested to reduce the number of human drivers on the road. It could eventually reduce the number of drivers from 60 to nine. But it’s not quite there yet.

For the time being, self-driving trucks have not been tested in urban areas but on Nevada highways. These trucks still have a licensed driver in the driver’s seat. Radar sensors and cameras constantly monitor road conditions and surroundings, and the truck will stay within a single lane, avoiding cars in front of it. In urban settings and during snowfall, the driver must take over to prevent an accident.

Besides the obvious safety issues, autonomous trucks also have several other drawbacks. For one, the sensors inside the truck’s cab are susceptible to blindness. As a result, they cannot always differentiate between vehicles and large signs, which can cause trouble in city settings. Further, self-driving trucks can’t yet navigate in small towns, so they’ll still need a driver to steer and drive the vehicle.

As of this writing, TuSimple’s trucks are at Level 4 autonomy, which allows them to drive under limited conditions without a human driver. But the company plans to keep a human driver in the driver’s seat to monitor their performance. Since trucking requires constant vigilance from a human driver, Level 4 or 5 autonomous trucks would allow human drivers to get some rest. However, this technology is still a long way off, and you must address many concerns before commercial trucks can become autonomous.

Another potential disadvantage is that there is no clear path to identifying who is liable for self-driving truck accidents. Trucking companies, software developers, and other drivers could be responsible for the crash. Additionally, accidents involving autonomous trucks can be massive and even fatal. As such, lawmakers need to consider the safety of autonomous trucks. If these trucks are allowed to operate on city streets, they will be vulnerable to road rage, drunk driving, and distracted driving.

Impact on the trucking industry

The use case for autonomous trucks is long-haul, and the technology’s success may depend on the autonomous trucks’ success. Because autonomous trucks do not need to stop, middle-mile costs will drop. Additionally, these autonomous vehicles may have lower fuel and safety costs than traditional trucks. Furthermore, self-driving trucks could achieve more than 300,000 miles a year, resulting in three times the revenue per truck.

Although many drivers fear the impact of automation on their jobs, many are encouraged by the potential of autonomous vehicles. While there will be fewer jobs for truck drivers, many will need to learn new skills. Some may even move on to other transportation professions. According to McKinsey, these self-driving trucks could save the trucking industry $24 billion in 2035. At the same time, the number of autonomous trucks will increase, giving shipping companies the flexibility to operate twenty-four hours a day and support the growth of e-commerce.

Currently, autonomous trucks are thought of as assisted trucks, and the presence of a driver remains an open question. While this technology is still in its early days, it will inevitably change the role of truck drivers. For example, rather than being an assistant, truck drivers would be required to develop new skills to ensure that autonomous trucks don’t crash. However, the potential for accident reduction would also be great if the vehicles were well-designed and well-maintained.

Things to Know Before Choosing a Land Rover Specialist