The Impact of School Apparel and Uniforms 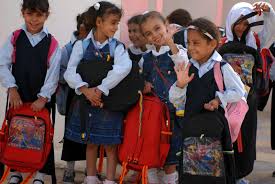 School apparels and uniforms have many benefits and drawbacks. A school uniform and Jostens school apparels provide your child with an identity and help maintain a sense of uniformity. There are many children from different socio-economic classes at school. Some are well-off and financially stable, while others are less fortunate. Fancy clothes can be distracting and can encourage inferiority complexes. A school uniform is made to minimize these distractions.

The impact of school uniforms is well known, yet the question remains: Should uniforms be more closely regulated? What can be done to make the experience healthier and safer? A public health lens can help shed some light on the topic. This lens organizes data from different disciplines and shows how these factors impact individual experiences. Uniforms have both proximal and distal impacts on health and education. It is possible to improve uniform policies to help all students learn, grow, and thrive in today’s society.

Less worry about what other students are wearing

Many studies have shown that school uniforms reinforce traditional gender roles and perpetuate sexism. According to the Australian Council on Health, Physical Education and Recreation, certain school apparels discourage girls from participating in physical activities. These school apparels also reinforce stereotypes about what women are capable of. Thankfully, there are several ways to combat the harmful effects of these uniforms.

Some researchers claim that students are more likely to show up on time to school with school apparel and uniforms. School uniforms make students less distracted by their appearance and reduce tardiness and absences. Students may also be more motivated to study if they are not concerned with how they look in class. School uniforms also reduce students’ social pressure and promote unity among students. It makes it easier for teachers to teach more efficiently and reduces delay.

There is some debate about whether or not school apparel and uniforms have a positive effect on student behavior. Some experts claim that wearing school apparel can improve test scores and achievement levels. Others believe that school apparels reduce the chances of misbehavior by decreasing the frequency of unsportsmanlike behavior. Whatever the case, a recent study found that less discipline was associated with using school apparel.

Studies show that wearing school apparel and uniforms reduces gang activity and is associated with decreased incidents of violence. Since it is difficult to identify gang members wearing school apparel, students are less likely to participate in violent activities. A uniformed school will also make it more difficult for gang members to recruit new members. Accordingly, less gang activity in schools can be an important step in improving school safety.

Do your leather jacket well

A Definitive Guide About Top Ankara Tops On Jeans