Facts That Nobody Told You about Coup Card Game 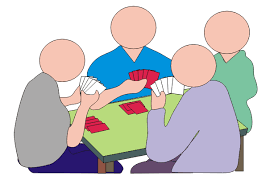 The coup is a fascinating card game, shrouded in secrecy, demanding nerves of steel, and players with a thirst for power. Each player is dealt secret identities, utilizing deception to hide their own, and deduction to unveil those of their opponents. The coup is a game for 2-6 players. It is played with a special card deck, manufactured by Indie Boards and Cards (IBC). It also goes by the names Coup: The Resistance Universe, and Coup: The Dystopian Universe. Once you learn how to play, you may also wish to seek out some of the creator’s special editions and expansion packs.

How to play the ‘Coup Card Game’?

The first thing you’ll need to do is go buy a pack of Coup cards. You can find them at many department stores like Walmart, and at online merchant’s sites like Amazon, for about $10. If you don’t have the real deck, there’s a way to play with the traditional card, but you’ll need to make sure everyone knows and remembers the power of each rank since it won’t be written on the card. You’ll also need to gather some coins or use pen and paper to record them.

Play starting with the player to the left of the dealer and going clockwise, players take turns performing one of the available actions.

Take one coin from the bank. This cannot be challenged or blocked.

Take two coins from the bank. This cannot be challenged but it can be blocked by the Duke.

Costs seven coins. Cause a player to give up an Influence card. Cannot be challenged or blocked. If you start your turn with 10+ coins, you must take this action.

Take three coins from the bank. And can be challenged.

Costs three coins. Force one player to give up an Influence card of their choice. And can be challenged.

Take two coins from another player, can be challenged. It can be blocked by another captain or an ambassador.

Draw two Influence cards from the deck, look at them, and mix them with your current Influence card(s). Place two cards back in the deck and shuffle the deck, can be challenged, and cannot be blocked.

To start, the cards are shuffled, and each player is given two character/influence cards and two coins. All remaining cards are left face-down in the deck in the middle of the table. All remaining coins become the Treasury.

Each player will look at their two cards, then place them face down in front of them. No one should see any cards but their own, and partnerships are not allowed.

Read more: Some interesting facts about Debbie Mathers and her family

No, not everyone in the family will enjoy playing Coup. For starters, it’s best for ages 10 and up. By age 10, kids can have a handle on understanding to nuances of the different roles in the game. While there are only 5 roles players can claim, knowing when to claim certain roles, knowing who might be bluffing, and when to call the bluff, can be tricky situations.

The great thing about the game though is how light it is. Sure bluffing is involved. But it’s not in a super-serious way. It’s all just a quick, light game. Coup can also be played by up to 6 players and we think it’s a game of “the more, the merrier”.

The coup card game is an app for Android with which you can play the game of the same name, trying to win in fast matches against opponents from all around the world. What’s more, you can even play against opponents controlled by artificial intelligence. Coup matches are pretty quick and tend to last between one and three minutes. The game-play is also very easy to learn. In just about five minutes, you can learn everything you need to know about the cards that you can play: the assassin, the captain, the ambassador, etc.

From the main menu, you can choose if you want to play against random opponents online or if you’d rather challenge a friend. To challenge a friend, all you need to know is his or her ID, something that is especially easy if you sign in using Facebook. The coup is a very fun card game that has a great visual style and a pretty original game-play. If you already know how to play the card game, you’ll love the coup card game app.

Is coup card a good game to play online?

If you’re looking for real people to play against, whether it is random people from around the globe, or your family and friends – an online Coup is a great option. Getting a group of people together in the same room to play Coup isn’t the simple task it once was. If you genuinely love the game, you’ll appreciate the ability to play anytime, with anyone you wish. When you play Coup online, you can still communicate with the other players via text chat – a good way to pass the time while others are making their moves. Plus, online play records all actions so you never miss out on any information.

Apart from this if you’re interested to know about The Best Poker Games to Play on Your iPad then please visit our GAMING category.