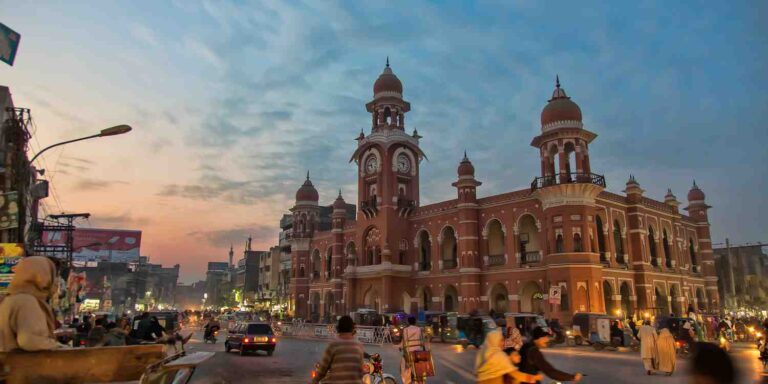 Multan is Pakistan’s seventh biggest city. Multan is a significant tourist destination with several historical attractions. Multan has a plethora of interesting sites to explore. Today, we’ll tell you about some of Multan’s greatest attractions. Saraiki is spoken by more than 30 lakh people in Multan. Multan was one of medieval Islamic India’s most significant commercial centers, attracting hordes of Sufi mystics and earning the moniker “City of Saints” in the 11th and 12th centuries. Multan, according to some historians, is over 2000 years old and has long been a hub of Sufi activity.

Multan is the ideal destination to visit if you want to gather about different architectural styles and have an interest in history. Chill! Just plan your getaway and book qatar airways reservations online and save up to 45% off on every flight. To ease you, Multan’s ten most renowned landmarks are listed below.

The Khuni Burj, also known as the Khooni Garh, was named after an occurrence that occurred in Multan. On Alang Road in the medieval walled city, Khuni Burj is located between Pak Gate and Delhi Gate. Many battles took place here. Alexander the Great is said to have perished by an arrow while on his way here. There was also a terrible fight for this castle between British soldiers and Sikhs. For these two reasons, the citadel is extremely important.

Multan Fort is a historic South Asian defense and architectural monument. According to some historians, the fort was erected between 800 and 1000 BC. The Katoch dynasty erected the fort, but it was badly damaged by the British Empire during colonial control.

The Van Agnew Memorial is housed within Qasim Bagh, which is within Kohna Fort Multan. Patrick Alexander van Agnew (1822–1848) was a British East India Company civil official. He was assassinated by the Sikh administration, and after a terrible fight, the British conquered Multan and buried him at Fort Kohna Multan, near to which a memorial was constructed.

Multan’s Clock Tower serves as the administrative center for the municipal administration of Multan in Punjab state. It is a historical site and a popular tourist destination in Multan. It was constructed under the British Raj around 1884 AD. The clock tower in Multan [source] took around four years to build. Office meetings and cultural events were held in its halls.

The Chenab River runs through this park. The park is meant to give guests a safe and enjoyable picnic area. Even with numerous tourist amenities, there are some fantastic things to do here. Actually, there’s nothing particularly noteworthy to eat here. Bring some food from outside when you come for a picnic. Likewise, there are a few retail booths. Apart from that, this is one of the greatest locations to visit in Multan, and it is also a tourist destination that attracts a large number of visitors.

Multan Fort is home to the mausoleum. Sheikh Rukn-ud-din Abul Fateh, a Sufi saint, is buried here. Ghiyas-ud-din, the Tughlaq king of Delhi, erected Shah Rukn-i-mausoleum Alam between 1320 and 1324 AD. It was given to his family when the famed Sufi saint died, despite the fact that it was most likely meant as a tomb for his descendants. On the northwestern side of the fort, there is a three-tiered building.

Bibi Pak Daman, also known as Bibi Rasti, was the famed Rukn-e-mother. Alam was also a Bahauddin Zakaria student who contributed significantly to the rebirth of Islam in Multan. He was laid to rest beside Mai Total’s old temple. The mausoleum is rectangular in design and has blue and white masonry, which is typical of Multan architecture.

Multan’s greatest and largest park is Jinnah Park. This is one of the greatest locations to visit in Multan and is highly well-liked by the locals. Actually, there are a lot of visitors who come here. This is a fantastic park to visit with your family and friends, and it’s a great place to have a good time. The park also has a water park and swimming pools for both children and adults.

These are some of the locations in Multan that are worth seeing. These are the locations to go to if you want to see the city of Multan in its genuine hues. So, get packed and book your trip to Multan with AirlinesMap right away! Also, let us know your travel experience in the comments area below.