Iphone App Development Vs. Android – Which Platform to Build First 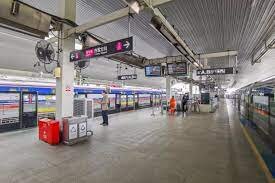 To create an application for either iOS or Android, the first thing you need to do is pick your programming language and platform. Each platform has its pros and cons, so let’s take a look at how they compare and see which one might work better with your business goals. iOS App Development Vs. Android – Which Platform to Build First

What are the differences between developing for iOS and Android?

Unlike developing for other platforms, where there’s a great deal of similarity between each one, iOS and Android both have their own unique development environments.  That said, if you’re new to mobile app development or are just looking to build an app in general, here are some things you should consider when choosing between iOS and Android.

There are fundamental differences in how you design and build an app for each platform that you need to take into account when deciding which one you want to build first. As a result, it’s important that you weigh your options carefully before deciding on a development platform, especially if you don’t have much experience building mobile apps or software in general.

What type of apps should you develop first?

Choosing a platform and deciding what type of app(s) you should develop are really two different decisions, and both of them can have a big impact on your business—the decision may dictate which kinds of applications (and devices) are relevant for your market, and which target audiences might be most interested in buying into your vision. If you’re just getting started with mobile app development, keep in mind that each platform has its own unique set of strengths and weaknesses.

You should also determine whether you want to develop one app that works on both platforms, or two separate applications for each platform.

When Should You Start?

The first time you’re faced with a decision as big as what platform you should build your app on, you’ll probably feel overwhelmed by all of your options. The most important thing to consider is what sort of user base and market share each platform holds and how that fits in with your target audience, industry and business goals.

While there’s no best option for everyone, if you have a limited amount of time and resources available, you may want to start with one platform before moving on to another. For example, if your main market is on iOS, it might make sense for you to build an iPhone application development company2.  first and then add on an Android version later in your business plan as a way of expanding your reach or increasing customer loyalty over time.

How much does it cost to build an app?

Once you decide which platform you want to develop for, you’ll need to determine whether you want to hire a freelance developer or pay a full-service development company (also known as an application service provider, or ASP) for your app development project. A freelance developer is an independent worker who has expertise in one area of app creation and often looks for work on sites like oDesk and Elance.

A full-service app development company generally offers a wider range of services than a freelance developer and typically charges higher prices for its work. In addition, because of their experience and size, ASPs can offer more comprehensive solutions to your mobile needs by creating apps that are customized for different businesses. These companies also have full-time employees rather than independent contractors, allowing them to respond faster when you need assistance with your app project and offer better customer service overall.

What if you decide to develop both IOS and Android apps at the same time?

Some mobile app developers recommend doing both at once, while others say that you should focus on just one platform first and then move on to do a similar version for another platform later. Obviously, which option you choose will depend on your goals and budget, but it’s always good to think ahead and figure out what’s best for your particular situation.