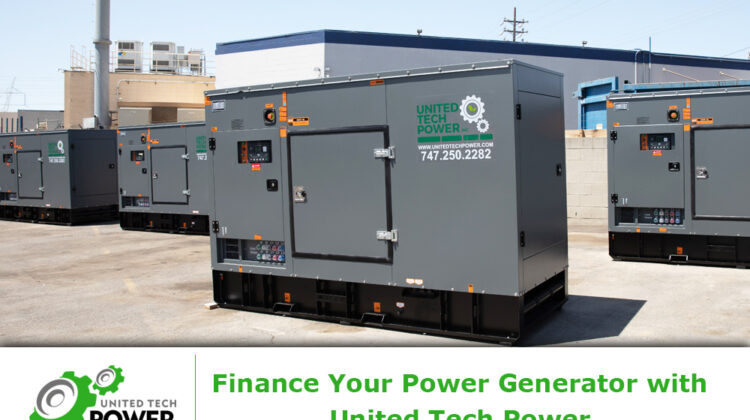 Inverter technology not only brings benefits in the field of electric welding; it also appears to be making substantial improvements in power generation. Inverter generators are already a reality, and have become an alternative to classic models. Nowadays, you can find different industrial diesel generators for sale available in the market. There are also lots of generator financing companies that provide different options to get a generator and pay for it on a monthly basis.

Until the advent of the inverter generator, it was very difficult to reduce the level of environmental noise and fluctuations in frequency. With inverter technology all these problems disappear.

What is an inverter generator?

An electric generator basically consists of an internal combustion engine, which can be two or four stroke, Otto or Diesel cycle, that turns an alternator, thus producing an alternating electric current. Some slightly more sophisticated models convert the current to DC (using a rectifier) and then convert it back to AC. What happens with these generators is that the frequency depends on the angular speed of the motor; if the motor accelerates, the frequency rises, and vice versa.

Inverter generators solve this problem by performing the same operation but with a much more complex and compact IGBT (Insulated-Gate Bipolar Transistor) circuit. As a result, the available energy at the service terminals is not only smooth and of stable voltage, but its frequency is also invariable, allowing the use of tools and instruments that are sensitive to changes in voltage and frequency.

What is inverter technology?

IGBT technology has been around for several decades, but only in recent years has it reached the level of complexity necessary to create circuits that are efficient, light and small enough to create a portable module. In addition to this type of transistor, the development of high-tech magnets, such as those made of neodymium, made the appearance of inverter generators possible.

An interesting example are the car transformers, which allow you to connect 110V or 220V household appliances (such as a hair dryer, a drill, a television, etc.). Although it is not possible to connect a high-drain device (such as an arc welder) due to excessive current flow, which would burn out the transformer and possibly the car’s electrical system, it still saves us the inconvenience of carrying a 12-volt adapter.

For the same maximum output power, conventional generators are bulkier, cause more noise and generate higher consumption. But why?

To produce the same power, a conventional generator has a different power. First of all, it needs to maintain a constant speed (to avoid fluctuations in the frequency of the alternating current it generates). This results in more consumption (fuel wasted), a higher noise level (these generally need to rotate between 4,000 and 4,500 RPM) and, ultimately, a larger engine than is actually needed.

In addition, conventional generators have a variable frequency in the event of any problem with the engine, since sometimes they do not have any type of stabilizer. Inverter generators solve this with IGBT transistors; regardless of motor speed, the output is always stable with respect to frequency (Hz) and voltage (V).

Read more: Why Sustainable Energy is an Effective Revenue Optimisation Strategy for Businesses