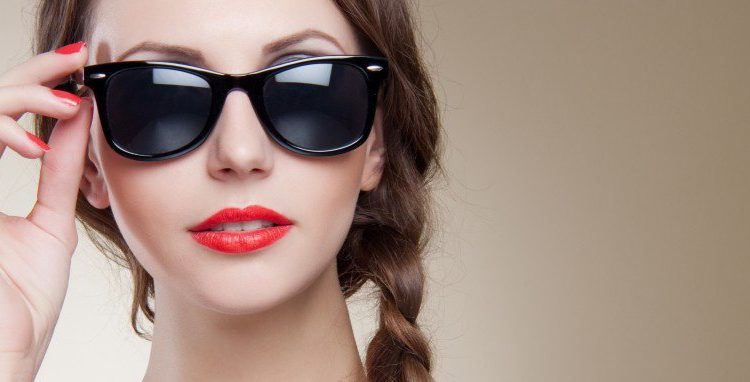 Who Came up with the Idea of sunglasses?

Do you ever wonder who first came up with the thought of sunglasses, manufactured them, and wore them? Well, the masterminds behind the sunglasses are none other than Chinese. In the 12th century, it was a common practice among the judges of Chinese law courts to cover their eyes during a proceeding. It was basically to conceal facial expressions at the time of trial. Hiding emotions from other people was also common among the natives of China back then. This practice led to the invention of sunglasses—or smoked quartz slabs that were roughly held by frames to maintain position. The extra advantage of these darkened lenses was that they were able to block sun rays during the day.

More Than Just a Fashion Accessory

In the 18th century, James Ayscough, an English optician, came up with the thought of improving vision impairment and began experimenting with colored lenses. He aimed to improve vision by changing the primary hues, i.e., green, blue, and red. Time passed, and sunglasses evolved even further, ranging in usage and features. The need for sunglasses arose once again in the modern century when actors started wearing them to protect their eyes from the harsh studio lights. In the early ‘90s, Foster Grant started its first mass-production of sunglasses and soon saw the peaks of success when the whole United States was wearing and flaunting its eyewear.

After it was established that sunglasses were more than just emotion hiding devices and can actually serve as eye protectors, Army Air Corps contacted an optical firm, Bausch & Lomb, to make effective eyewear for pilots that will shelter their eyes from high altitude shafts. The company successfully manufactured a dark-green tint that blocked the yellow glares of sun up in the sky. Soon after, Polaroid filters were introduced by the Polaroid Corporation that served as a protector of harmful UV rays. Sunglasses soon became the new trend—desirable not just for their appeal but also as an accessory of comfort.

The 1930s came and brought World War II with it. People desperately needed polarized sunglasses to aid them in fighting off the sun’s rays. The latest polarized technology introduced by Bausch & Lomb was used by Ray-Ban, and they crafted the anti-glare aviator glasses. The general public was able to get their hands on these Ray-Ban aviator models a year later.

In the 1960s, sunglasses became the trend of the nation with the help of Foster Grant and its subsidiary, The Comb and Glass Firm. When the ’70s came, many Hollywood celebrities and fashion figures were already flaunting the sunglasses of different brands, and the trend turned into a craze.

From being originated in prehistoric times to now, sunglasses have come a long way. We don’t even leave our homes without donning on our favorite pair. Some people like to wear them to look cool, and others want to protect their eyes from the harmful UV rays; nonetheless, sunglasses have become a part of our culture. By the 21st century, sunglasses had become a favorite accessory of many celebrities. They wore oversized, large sunglasses to hide their identities from the paparazzi, which soon became their unique and bold fashion statements.

We can undoubtedly give credit to celebrities for making sunglasses a fashion accessory. In the mid-20th century, sunglasses became the top-desired fashion item and were sported by several influential figures, including Bob Dylan, John Lennon, Elvis Presley, Marilyn Monroe, and more. Many rock stars, politicians, and fashion icons were seen wearing the branded sunglasses.

The 1950s was the era when sunglasses started evolving in shape. This decade featured the cat-eye styles and Jackie O’s oversized round sunglasses that dominated the century. With Marilyn Monroe killing it with the cat-eye sunglasses in her movies and Audrey Hepburn striking poses in the exaggerated frames in the early 1960s, everyone went gaga over the shades.

In the 70s, the famous “wonder woman” Lynda carter wore oversized frames that became the trend of that era. A lot of the designers manufactured large frames, which ruled the nation for over two decades.

The 1980s was the century of small and colorful shades and Ray-Ban Wayfarers. Ray-Ban was the number one brand of the nation when it featured colored lenses that were worn by two heartthrobs of the time: Madonna and Tom Cruise.

While the fashion industry was thriving on this accessory, it also promoted it. Several movies like “Men in Black” or “Matrix” featured protagonists wearing sunglasses and making them cool again. Songs were sung where sunglasses were mentioned and appraised. “Cheap Sunglasses” by ZZ and “Boys of Summer” by The Eagles are the most famous ones.

Sunglasses now have become an absolute fashion accessory. Folks go for vintage sunglasses because they are reminiscent of old times when their fashion icons used to flaunt these shades on numerous occasions.

Today, a variety of retail options are available at your ease, where you can easily purchase sunglasses in different shapes, colors, and sizes. From babies to adults, everyone is now sporting a cool look. There are now jobs that require you to stay outdoors maximum time of the day, which can result in UV rays damaging the vision and harming the eyes. Hence, 27th June is a national day for sunglasses that is celebrated every year to raise awareness on eye protection.

As the technology evolved, sunglasses improved not in just the shape but its features and uses. Started as an emotion concealing tool to now being an eye protector, sunglasses have evolved and became our favorite fashion accessory and an absolute necessity.