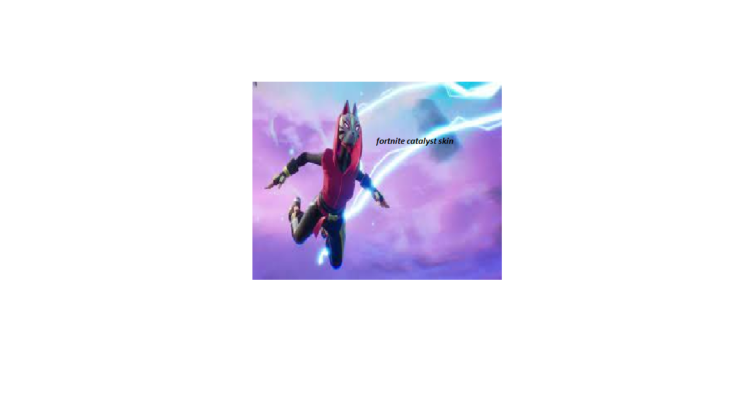 Fortnite catalyst skin is a Legendary Outfit in the Battle Royale game that could be obtained by purchasing the Season X Battle Pass Tier 1.

The Catalyst outfit is obtained by purchasing the Battle Pass Level 1. Drift’s female version can be found in the fifth season of Fortnite. As with all Skins in the Battle Pass, Catalyst has its line of quests and challenges that can be completed to change her appearance. Currently, there are four styles and three colors to choose from.

There are 7 Outfits included in the Season X Battle Pass. Some of these Outfits are remixes from previous Battle Passes. Since the catalyst is a remixed version of Drift from Season 5, in retrospect, it could be thought of as an alternate reality of Drift.

The initial style can be accessed immediately without going through the quest branch. A young girl in sportswear stands in front of us. Her clothing comprises a top with a beautiful pattern and sweatpants with a belt that reminds me of a belt that goes with a kimono. The skin of the catalyst was dressed in stylish sneakers for jogging, and a young athlete was wearing gloves. In a place where anonymity is impossible, the girl’s face is partially hidden by a mask. Large, stylish triangular earrings hang from her ears. Catalyst’s hairstyle also stands out to me: shaved sides and long hair always painted in bright colors (depending on catalyst’s skin color).

Catalyst’s outfit changes her topic from an avant-garde pattern to a long-sleeved T-shirt with a line at the seam of the sleeve (exception: black), which is topped with a sleeveless sweatshirt. Catalyst approached the issue of confidentiality with great care this time around: the Mistune mask completely hides the face (you can pick up this animal as a pet on level 28 of the Battle Pass), and the rest of the head is covered by a hood. There are no differences between 1 style and another.

It is distinguished from styles 1 and 2 by the presence of a coat of impressive size. This is the same pattern as the top, but it’s already on a large surface. A gorgeous Japanese character is also featured on the back. After completing the “Ride” questline, you can get an ornament on the back that repeats the character on the catalyst’s back. In its description, the jewelry is described as a symbol of peace. It’s reasonable to suppose that this character on the catalyst’s back also means calm.

This style is a reward for reaching level 55. The main difference between the three styles is the addition of a raging substance to the animation pattern and sparks in and around Tanuki.

I’d like to note two nuances – hair color in one style and animation color in four styles. That hair and the animation will be purple, and its shimmer will still be bright pink. Catalyst outfit is unique (if it can be called that) in that it is always dressed in sleeveless overalls (the closed lower legs can recognize this on all styles and the closed belly on one style). You may not notice this feature very much, and it will not bring you much joy.

This color can only be obtained by completing prestige “Road trip” challenges. This color transforms the Catalyst outfit into an actual Drift – black background with a yellow and pink pattern. The official Japan outfit! Animation color four styles are the same color as black.

The “Worlds Collide” challenges reward this color as the main prize. In addition to the catalyst skin’s white and bold blue colors, a wide variety of colors in avant-garde patterns and the most beautiful animation colors in four styles make this color the most popular.

Several exotics in the game haven’t received a catalyst, which means they can’t be used in general builds (the fact that Travelers Chosen didn’t generate orbs was quite annoying). It is listed below all the weapons missing a catalyst and what a catalyst could accomplish.

Adding a catalyst could be tricky to balance, but maybe it could increase the damage you deal in melee per stack of Markov Chain.

It punishes swapping weapons by triggering a catalyst, so its catalyst could be used to make Ravenous Beast work like Master of Arms, triggering regardless of whether the weapon is stowed or not.

I think a Full Auto trigger would be fantastic, but I’ve heard people want it to work with the CWL system intrinsically, so it’s up to you.

Straightforward, give Divinity “4th Times the Charm” to effectively extend its magazine indefinitely for damaged phases.

It is an annoying weapon in PVP, so no catalyst that decreases the charge time, please. Give it Full-Court instead to make it more useful in PvE and more viable in PVP on a super map.

Oh my dear god, how am I going to do this without breaking it? Lament is already better than many other things, so I can’t imagine what a catalyst would accomplish. Maybe Whirlwind blade?

This gun deserves a catalyst. It’s just so fun to play with. Chain Reaction could be the right fit for it.

I have never equipped this weapon, so please let me know what you think it deserves.

Enhanced range of power orbs picked up with the weapon extended. This one sounds more technical than the others, but you get the idea.

Truth: Though Truth has already been cracked in both PVP and Gambit, maybe the addition of cluster bombs will make it whole?

Apart from this, if you are interested to know about fortnite ruby then visit our Gaming category.

Does Fortnite have a catalyst?

In Fortnite: Battle Royale, the catalyst is a Legendary Outfit that could be unlocked at Tier 1 of the Season X Battle Pass. Her outfit is part of the Drift Set.

Catalyst is how old in Fortnite?

Catalyst is a Legendary Outfit in Fortnite. This outfit belongs to the Drift set. The character was added to Fortnite Battle Royale on 1 August 2019 (Chapter 1 Season 1 Patch 10.0).