The Best Poker Games to Play on Your iPad 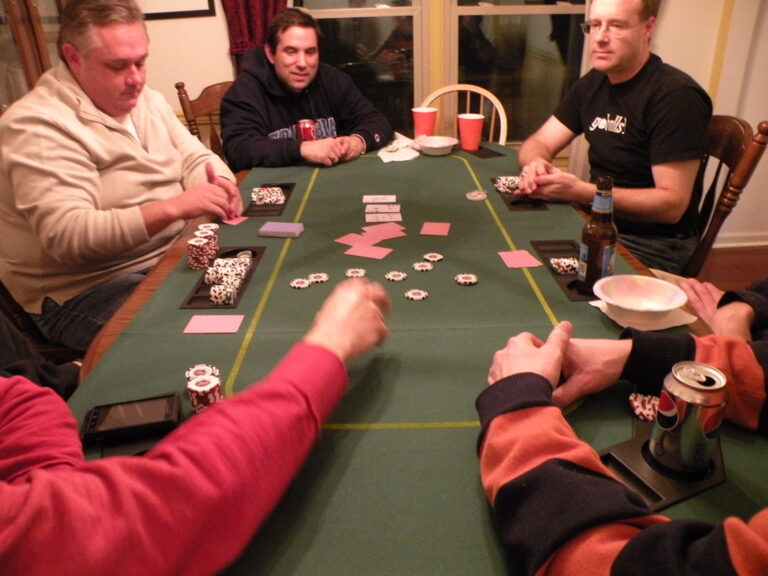 The iPad is one of the most popular gadgets currently available on the consumer market. Owners love its slick design and power, which allows them to use apps for many different purposes. It doesn’t matter if you are sketching an infographic or editing a video, the iPad has your back.

Nevertheless, many people still complain about the lack of games optimized for the system. People tend to forget, however, that playing is more than epic narratives spanning multiple titles, massive military campaigns, or intense super-powered battles. Sometimes people just want to relax in a comfortable chair, learn a game, and then test their skills against players from around the world, and there may be no better way to do it than playing a nice game of poker.

So, with that in mind, let’s check some of the most fun and innovative poker games you can play on your iPad without spending a single dime.

Playing a game of poker against more experienced players can be intimidating, especially if you are just starting to learn the game. Offline Poker offers you the chance to try your skills against some surprisingly clever A.I., with different personalities and strategies. After practicing some techniques and gaining enough confidence, players can enter matches against real people online. Ultimately, it’s an excellent way to start.

At first Appeak Poker’s simplistic design and interface may disappoint some users, but more seasoned players will welcome the lack of ads that tend to accompany free apps. Appeak Poker allows you to represent your country in a single match or a tournament, and gives players the opportunity to increase the difficulty with the help of a surprisingly challenging leaderboard. Perfect if players are more interested in the mechanics rather than colorful graphics and animations.

Zynga is well placed on the opposite side of the spectrum. Where Appeak offers more of a minimalistic interface that allows players to focus on poker, Zynga overloads the players’ senses with ads and animations, but there’s an upside – Zynga offers an option where players don’t have to watch the game until the end after they have folded. Instead, they immediately receive a new set of cards on another table. It’s ideal for those with only a couple of minutes to spare.

Recently highlighted in a guide to poker for beginners as one of the best options for playing mobile poker without real money on the line, PlayWPT features tournaments, and sit & go options, as well as HD avatars and the chance to win rewards by spinning a wheel. Many players have reported glitches, but the good news is that PayWPT is constantly being improved through regular updates.

Governor of Poker keeps the game interesting by adding missions and daily challenges to the mix. To make things even more interesting, it also offers a welcome package, and free chips every couple of hours to keep users playing without having to spend any cash. It’s also one of the few to offer cross-platform playing. The game uses random number generators (RNG), which makes it a bit more trustworthy in regards to winning chances.

If you have ever played or watched a real game of poker, you may have noticed that there’s a bit more to it than just tapping on the screen. World Poker Club gives the players the chance to immerse themselves into the poker game even more by playing using natural gestures. Just like in real life, you can indicate that you are checking by double tapping on the screen, fold by flicking your cards, or change tables by swiping. It’s truly a poker game that has been optimized for an iPad.

Read more: Why it is good to play online games?