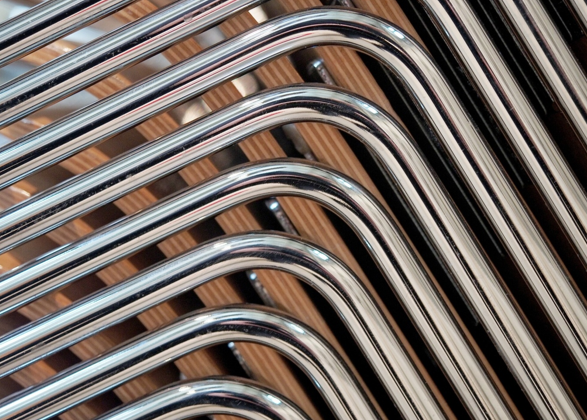 Tube bending is a process that hasn’t changed much in decades and there are tube bending machines that will make the process easier, such as a hydraulic tube bender, but the process itself is just physics. Want to learn more? Then read on to learn all about tube bending and shaping!

Tube bending, no matter the machine used to make the process smoother, is still dependent on the properties of the pipe you are working with. Tubes are usually concerned with nominal pipe size. When working with machines, there are two critical variables you want to keep in mind, the outside diameter and the wall thickness.

Another thing to keep in mind is the bend is actually complimentary. This means that if a tube is bent to 45 degrees, the actual bend angle is the 135-degree angle. While there are lots of tube bending specializations, some of which require the use of heat (for more on those, see here), most tubes are bend using one of four main ways: compression bending, ram-type bending, rotary draw bending, or roll bending.

Compression bending is done using a compression die, also called a follow block, to bend the tube around a stationary bend die. The tube is clamped just behind the rear tangent point of the tube. The follow block *compresses* the tube against the central die, and is most commonly used with symmetrical tubes.

One of the oldest and simplest ways to bend tubes, a ram-type bender is a staple in muffler shops around the world. It uses a hydraulic ram to force a tube against rollers or pivot blocks. Ram-type bending is the least expensive way to achieve your bending needs, but its brute-force style can’t be used for tubing that requires a lighter touch.

Rotary draw bending is the go-to type of tube bending when you want precision work done. This type of bending supports the flow of material during bending using a mandrel inside and precision tooling outside. A rotary draw machine uses a pressure die that holds the tangent of the tube. Then a clamp die rotates the tube around the mandrel, sometimes adding a series of bearings to support the tube. There is a wiper die that touches the tube just before the tangent to stop wrinkles from forming on the inside radius. The exterior of the tube is supported by the pressure die.

Roll bending is used to create large tubes for construction projects and is composed of three rollers arranged in a pyramid, either vertically or horizontally. There is a second type of machine that uses a two-roll, pinch-style bender. Roll benders can also be used to create spirals, which sometimes need an additional roll to guide the tube from the roll bending machine while being formed.

Tube bending may seem like black magic, but you can even use a manual tube bender to achieve similar results to an automated machine, if much less refined. And which method you used is largely guided by your industry.

Enjoy this article? Then don’t forget to check out our blog for more informative articles.