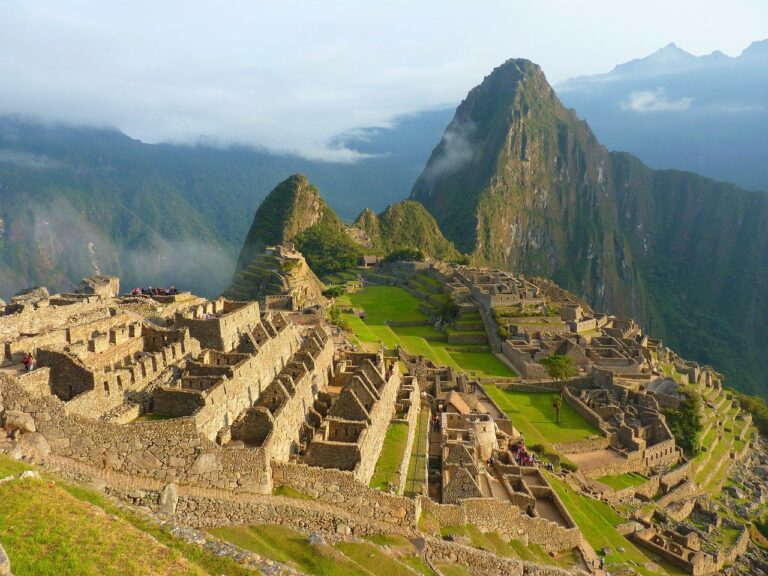 Mountains have enthralled humanity for thousands of years. Some mountains have special weather patterns and habitats, while others physically split countries and define ecosystems. These stunning peaks allow you to develop a deep connection with both nature and yourself, as well as provide a spiritual escape from daily life – something we all crave when we travel, particularly in the present times.

Given that travel is the one thing that everybody on the planet enjoys doing, all of 2020 and most of 2021 have been difficult years in that regard. With travel restrictions in place all over the world, there’s barely anyone left who doesn’t want to hop on a plane and fly to their favourite destination. Although virtual travel has been nothing short of a lifesaver in these unprecedented times, travelling in person can never lose its lustre – it is an unforgettable experience that people will remember for the rest of their lives.

Experiencing mountains and the majesty of nature in person becomes much more important for adventure and nature lovers. The rush of embarking on a trek up those great and mighty hills, as well as the excitement of eventually reaching the top, is unrivalled. You’ve arrived at the right spot if you like traversing glorious mountains. We’ve put together a list of the best peaks that tourists and adventure lovers must see, even if only for their elegance, grandeur, and pure brilliance. Check it out!

Warning: You won’t find Mount Everest on this list because – well – who doesn’t want to go there?

Kirkjufell is located in Grundarfjörur, a fishing village on the north coast of the Snfellsnes peninsula. Despite its low elevation of 1,500 feet, it is one of the world’s most iconic and photographed mountains and can be seen on an 11-hour tour that also includes stops at a lava tube cave, a black-pebbled beach, and the Snfellsjökull volcano. Having said that, you’d be doing yourself a huge disservice if you didn’t see this mountain lit up by the Northern Lights.

Mount Kinabalu is Borneo’s tallest peak, and its extensive biodiversity has earned it international recognition. Mount Kinabalu is a one-of-a-kind experience with over 600 species of ferns, 326 species of birds, and 100 species of mammals. Climbers who are in good physical health can easily ascend the mountain’s main peak without mountaineering supplies, although they must still be accompanied by guides.

Peru’s Vinicunca, also known as “Rainbow Mountain,” is almost unearthly. The daunting six-day Ausangate trek leads to the top of the peak, which has pink and yellow streaks caused by mineral deposits. The hike is difficult, but the views are well worth it. During Peru’s winter months, April–November, trail conditions are at their highest and driest.

Mount Logan, the tallest mountain in Canada and the second-highest peak in North America, has the largest base diameter of all the mountain ranges around the world. Hikers should expect an exciting adventure surrounded by dense forests, frozen ponds, picturesque landscapes, wild animals, and a variety of bird species. Because of the tectonic activity in this region, Mount Logan’s height continues to rise.

While this Alpine mountain on the border of Switzerland and Italy is smaller than Mont Blanc, its striking pyramid form makes it the Alps’ poster boy. Each year, over 2000 people climb to the top of this mountain. If you’re willing to be one of those people, the Hörnli ridge route is the most famous and best experienced during the summer. Otherwise, take a chairlift ride from Zermatt to Rothorn without the ascent for breathtaking views.

So, apart from Mount Everest, here are five peaks that any traveller and adventure seeker should see at least once. We promise that the views are well worth the effort. Virtual video tours are still an alternative if you want to scope them out beforehand. Travelling almost often provides an in-depth, sensory glimpse of what you would encounter on a personal visit to a particular place.Virtual travel tours are particularly easy to access with mobile apps like Proxgy. So, what do you have to lose? With just a click of a mouse, you can begin exploring!

The Best places to visit in Punta Cana

Why Beachfront Rental Homes Are Recommended For Family Vacations?