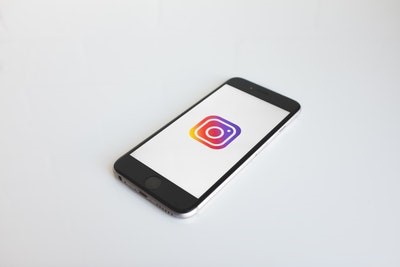 It feels like there’s hardly anyone who doesn’t use Instagram. People who’ve been on the social media site since the beginning know it’s changed quite a bit, too.

Instagram is no longer a simple platform for sharing casual, everyday photos. Rather, it’s now a place people post polished personal content or sponsored ads to bolster their business.

That’s why we’re going to look at fifteen facts about Instagram that have not only shaped the landscape of social media but the culture at large.

Kevin Systrom’s creation of Instagram was born out of a love for photography.

Although he majored in management science and engineering at Stanford University, photography soon became one of his favorite pastimes.

Other than studying photography for a semester in Florence, Systrom built a site for his fraternity brothers that allowed them to share photos.

In the early stages of his creation, Systrom had named the photo-sharing app Burbn. The name didn’t change until October 2010, when Systrom cleverly decided to mesh the words “instant” and “telegram.”

Soon after its launch, the fresh-faced app acquired more than 25,000 users. The unexpected influx of traffic caused Instagram’s servers to crash.

If you’re on Instagram often, you probably don’t scroll for very long before seeing an ad. As of 2017, over one million advertisers occupy Instagram.

Although its parent company Facebook had five million advertisers at the time, Instagram had seen exponential growth in the months leading up to this.

It’s no wonder so many businesses are drawing out plans for advertising on Instagram. The effort pays off!

These Instagram facts should be a reminder that businesses establishing their online presence need to have their website URL, directions to their location, and their phone number listed in the bio.

As the number of advertisers on Instagram makes it a competitive space, there’s no underestimating its influence.

Here’s one of the most important Instagram statistics to know if you’re a business person: 54 percent of consumers research products through social media.

Secondly, 71 percent decide to buy the product or service because of social media. After seeing the product pop up on their feed, 29 percent will buy it the same day.

6. Nike Is the Most Followed Brand

This one’s probably not too much of a surprise. For decades, Nike has delivered a countless number of memorable ads that stick with us for a while.

If you scroll through their Instagram page, you’ll see that, just like their commercials and print ads, Nike knows exactly how to connect with their audience on an emotional level and motivate them for greatness.

After Nike, Victoria’s Secret, Chanel, and Gucci and the most followed brands.

With the growing popularity of social media in the last two decades, people are spending more and more time online.

Time spent on social media as a whole has increased dramatically over the years. In 2012, people averaged 90 minutes on social media, whereas that number has jumped to 152 minutes in 2021.

If you’re a marketer trying to reach a younger audience, Instagram is a great place to focus your attention.

Nearly two-thirds of adults aged 18 through 29 report using Instagram. Conversely, only forty-seven percent of adults between 30 and 49 use Instagram, and 23 percent of people 50 to 64 use the app.

The number of people from each income bracket using Instagram is relatively even.

This just goes to show that the appeal of Instagram supersedes class. No matter which group a marketer chooses to target, there’s a good chance that around half of them have an Instagram account.

With all the advertisements crowding our timelines, sometimes it’s hard to tell the difference between an ad and a personal post.

Most will know that content from a brand is an ad, but it gets a little blurry around sponsored content.

That’s why it’s always best to be honest. Clarify that the sponsored content is an ad by including #ad in the post. You’ll be sure to gain more engagement on these posts if you do!

Although Instagram enjoys engagement from its users every day of the week, weekdays are the ideal time for advertisers to post.

Facts about Instagram prove that the sweet spot is Tuesday through Thursday, especially in the middle of the day. Avoid low engagement by skipping out on Sundays, though.

12. Over 400 Million People Post to Their Stories Every Day

Since its launch in August 2016, the popularity of stories has absolutely blown up.

With over 400 million people using this feature every day as of 2019, all advertisers should consider posting content on their stories.

This is especially true if you’re targeting Millennials. Sixty percent of this age group, which was born roughly between 1980 and 1996, watch stories.

Further, you’ll pique the interest of 58 percent more people by posting content to your stories.

13. Posts on the IG Feed Are Still More Popular

Stories may be gaining momentum, but they hardly compare to the Instagram feed. This, at least, is how U.S. marketers think about it.

On average, marketers allocate nearly 70 percent of funds for the business’s feed, and thirty percent for stories. This makes sense, considering stories vanish after 24 hours.

Another advantage of posting content to your story is being able to see who’s viewed it. Although this feature isn’t allowed when it comes to our feed, you probably want to see who searched you on instagram.

This is true for people with both personal accounts and business accounts. On the other hand, posting content on feeds helps visitors find information about a person or brand. This, in turn, helps them get a sense of the overall aesthetic of the brand.

One of the most fascinating Instagram statistics is the breakdown of usage in other countries.

As expected, the United States has the most number of users at 89 million. That’s thirty percent of the entire population.

In second place is Russia, with 28 million users. This makes up twenty percent of their population.

Brazil, Turkey, and the United Kingdom come in at third, fourth, and fifth place respectively.

Although the use of hyperlinked hashtags originated on Twitter in the late 2000s, Instagram adopted the trend a couple of years later.

As of now, #love is the most popular hashtag, followed by #photography, #travel, #instagood, #usa, #art, and a few others.

To stay relevant in your industry – or simply to gain more exposure to your page as an individual – follow hashtags. If you keep an eye on the hashtags that are trending, you can try them out in your posts to get more followers.

This is so effective, posts that use just one hashtag may see a huge increase in likes and comments.

Use These Facts About Instagram to Get You Started

There’s no denying the power Instagram has had on the world in the past decade. This is true for both established brands, new businesses, and individuals trying to connect with the world around them.

That’s why these facts about Instagram should serve as a great springboard to both inspire you and set you on the path toward increasing engagement.

Who knows what kind of connections you could make by simply adding one hashtag to a post, for example? You’ve got nothing to lose.

Keep reading our site for more business tips and inspiration.